Your Protection Is Our Priority

Educating yourself about CO, and taking simple precautions, can help to protect your family’s health and well-being. There are many different brands of CO alarms so some research and make sure your protected.

Don’t start or leave running cars, trucks, or other vehicles in an enclosed area.

Every home should have at least one CO detector installed.

Have your furnace and other fuel burning appliances tested and inspected by a qualified professional once a year or before each heating season. Each manufacturer’s measurable standards may be found in the unit’s instructions.

Make sure your HVAC service professional tests each appliance using a testing instrument that can detect carbon monoxide or analyze the combustion gases. He should also be able to measure building and duct pressures, which may aid in the prevention of combustion system failure and CO generation.

DON’T ignore symptoms, particularly if more than one person is feeling them. You could lose consciousness and die if you do nothing.

EXCESSIVE LEVLES OF CO2 CAN BE EXTREMELY HARMFUL

These levels should be referenced to the effects on healthy people. Health effects can vary significantly based on age, sex, weight, and overall state of health.

CO is an odorless poisonous gas that is a product of incomplete combustion of carbon, and thus commonly found in smoke. CO is produced in large quantities in virtually all house fires. According to the National Fire Protection Association, approximately 2,840 civilians died per year in structure fires (2003-2007). In structure fires the most common cause of death is smoke inhalation.

CO can also be produced in poisonous quantities from malfunctioning or improperly operated devices that use fossil fuels (eg. propane stove/heater, natural gas furnace, natural gas cooking stove, generators etc.). CO kills an average of 500 people per year during non-fire events such as appliance malfunctions (Center for Disease Control). Like a smoke detector, a CO detector is a critical component of a complete home safety system.

In a home with a central forced air heating system a duct detector has two added safety features. First, since it monitors circulating air from different areas of the house it may alert occupants earlier than a detector in a specific room(s). Second, if the system is programmed to stop air circulation during an alarm it will slow the spread of CO or smoke to areas of the house remote from the fire through the ventilation system.

Carbon monoxide (CO) is a colorless, odorless, tasteless gas produced as a byproduct of combustion. CO is absorbed by the bloodstream 200 times faster than oxygen, asphyxiating it's victims often before they are aware of it's presence. CO poisoning accounts for approximately 15,000 ER visits and over 500 deaths each year in the USA. A frequent cause of CO poisoning is malfunctioning gas fired furnaces, so having CO monitoring within HVAC systems is essential to preventing CO poisoning emergencies. I have personally seen CO detectors save lives. 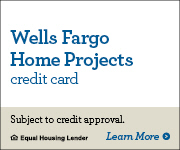